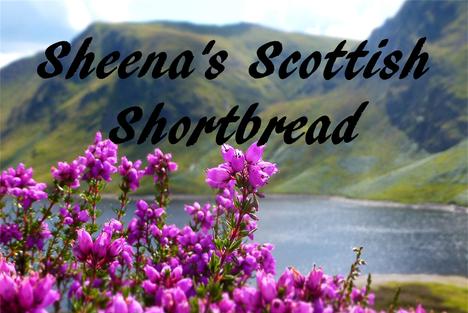 Proud Members of The Cake Collective

Sheena's Scottish Shortbread was founded in 2013. We produce authentic handmade shortbread from a 100 year old unique family recipe. It's origins are traced to the small town of Kirkintilloch Scotland.

​Sheena's Scottish Shortbread was first produced by Hannah McInnes, (Sheena's grandmother), which in turn was handed down to her daughter Agnes Rarity, (Sheena's mother) and finally to Sheena herself.